Mojy Haddad was appointed to the NTTA Board of Directors by the Tarrant County Commissioners in January 2013. He was elected Vice Chairman in September 2022.

He is the president and founder of CHS Architects. He is a registered architect in Texas, Hawaii, Florida, California, New York and many other states. In addition to his local and national design experience, Haddad has designed projects in Japan, Australia, Europe, Mexico and Canada.

As the principal of a medium-size firm, Haddad has managed diverse projects, including mid-rise office buildings, shopping centers, financial institutions, mixed-use developments, hospitality projects, schools and religious and municipal buildings. He started his professional career with Trammel Crow’s design and development division in 1976.

In addition to memberships in professional associations such as the American Institute of Architects and the International Council of Shopping Centers, Haddad has earned board certification from the National Council of Architectural Registration Board. His extensive list of civic involvements includes serving as a member of the Super Bowl Host Committee board of directors, as chairman of the Arlington Chamber of Commerce and the Chamber Foundation, and as president of the Arlington Sports Authority and many other board appointments and accomplishments. He also served seven years on the Arlington Planning and Zoning Commission, acting as its chairman for three years.

Haddad graduated from The University of Texas at Arlington with a bachelor’s degree in architecture. He holds two master’s degrees, one in architecture and the other in city and regional planning. 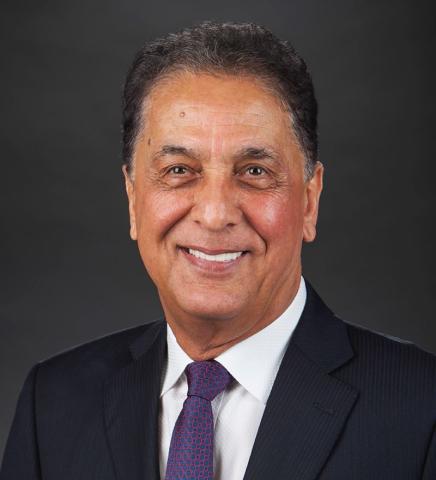